Join Us at Webster

As a Film, Television and Video Production major, you will learn the process of filmmaking in its entirety. You will develop an understanding of theory and aesthetics, film criticism and the history of your medium. Students will work together to create fictional narratives, documentaries, experimental films, commercials and television series.

47th in Best Colleges in Film and Photography in the U.S.

Webster's Film, Television, and Video Production program is proud to be one of the few film programs in the greater St. Louis area focusing on production.

“I enjoy the collaborative, head-down approach that the Webster film community employs. There are hidden gems within the program, so the competition is incredible and healthy.”

Learn From and Network with Industry Professionals

Film, Television, and Video Production majors and minors learn how people, concepts and technology work together to create the final images we see on screen. In addition, students will develop an understanding of the various roles required on set, balancing theory with extensive hands-on experience that is crucial for gaining production knowledge.

This program offers a systematic and thorough approach in learning the craft and aesthetics of motion picture production in both traditional and digital formats. The Film, Television and Video Production program gives you the opportunity to become a media professional with skills necessary for communicating and creating in any medium that contains a moving image.

Early in the program, students develop and execute their own projects. Progressing through the curriculum, undergraduates continue to make their own movies or focus on different areas of interest such as directing, producing, cinematography, editing, animation, or visual effects. 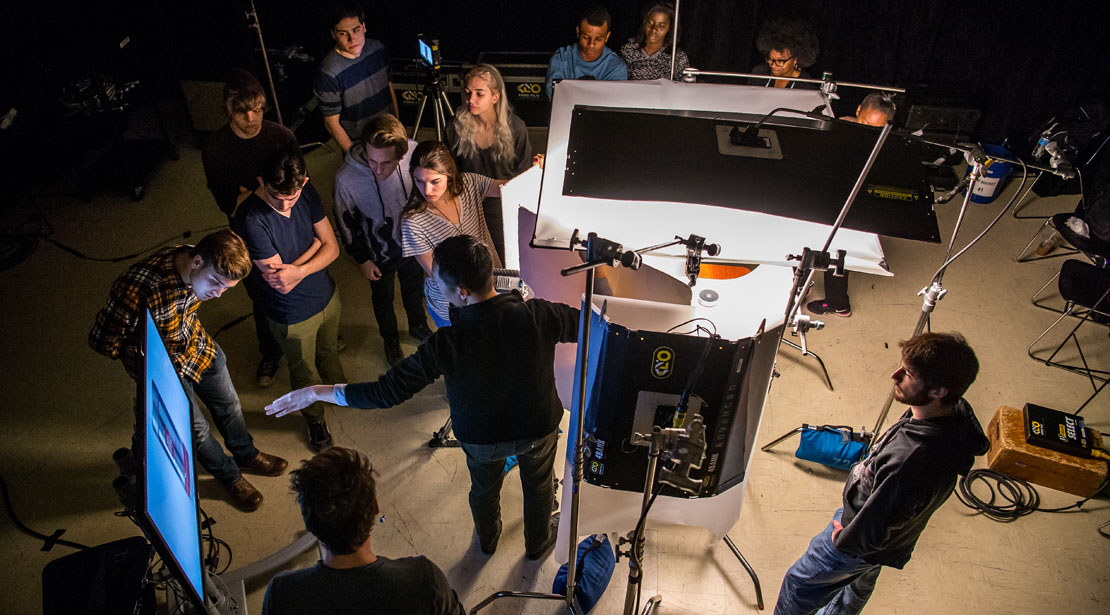 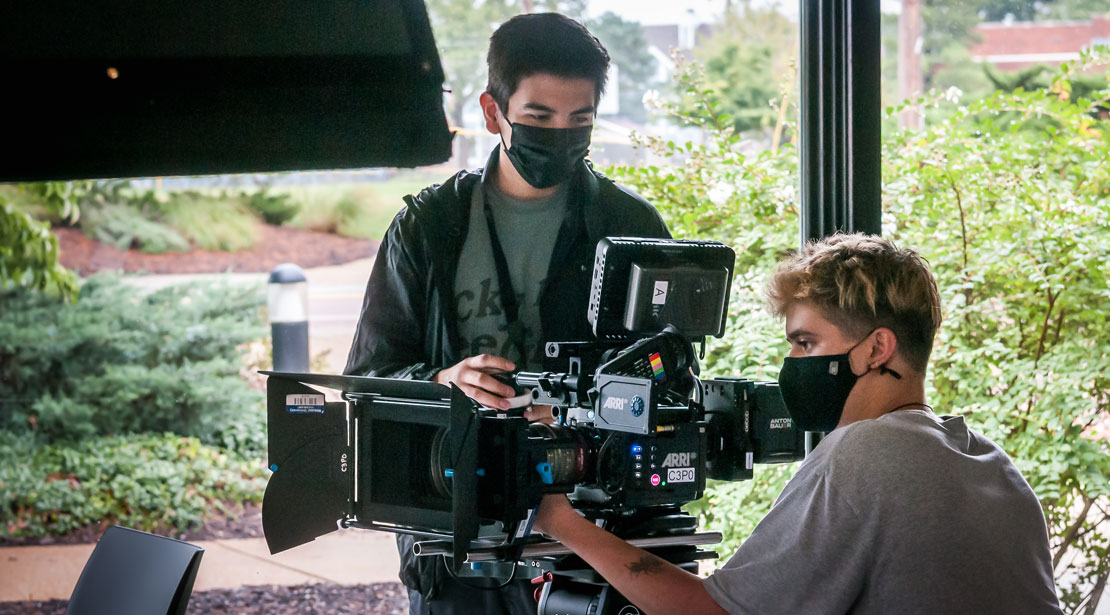 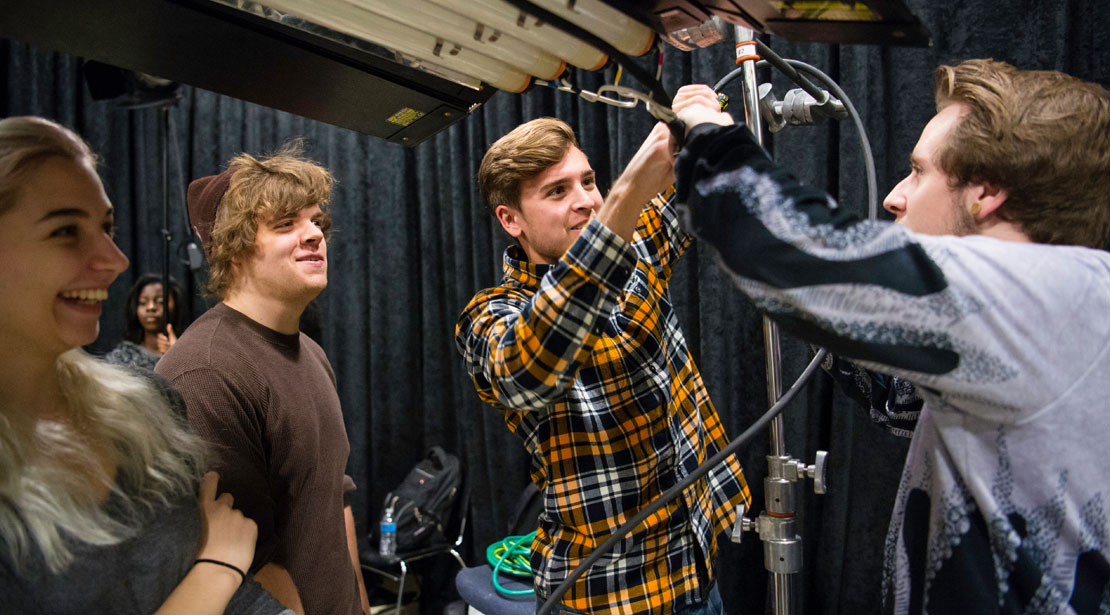 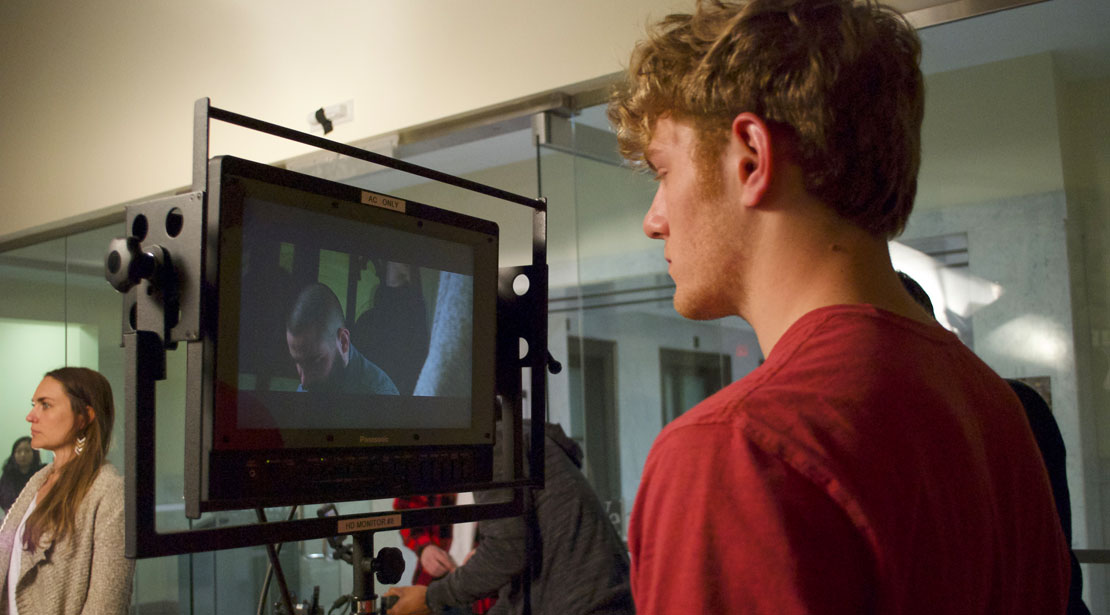 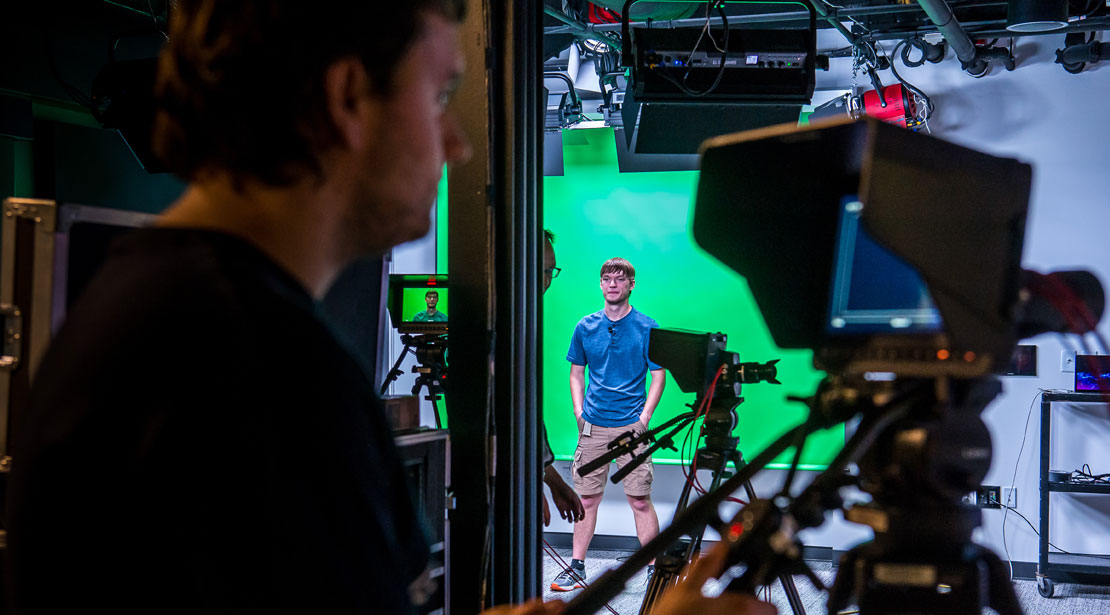 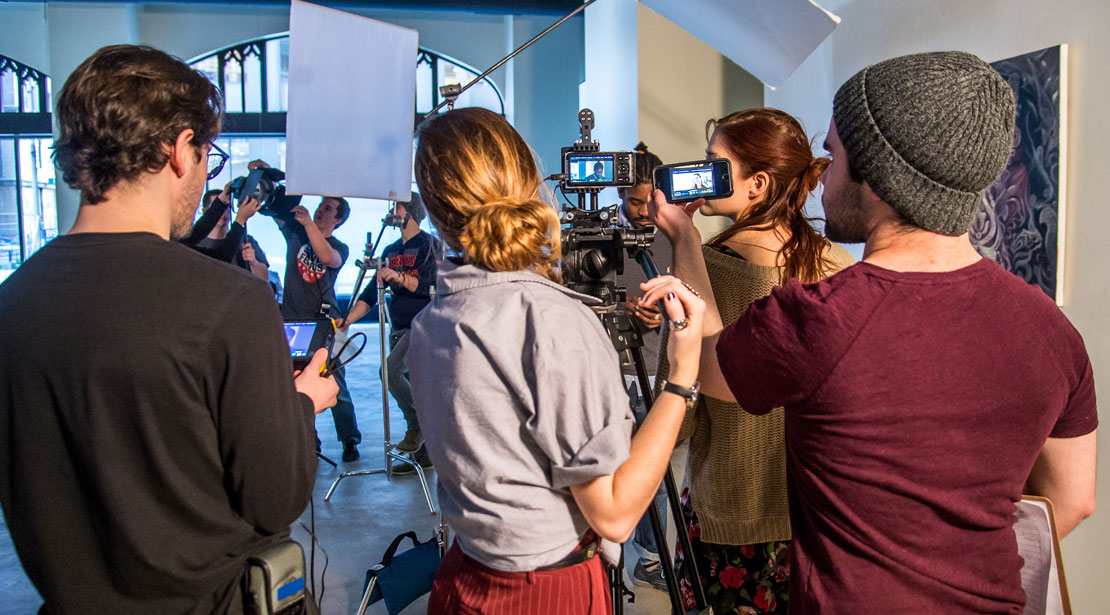 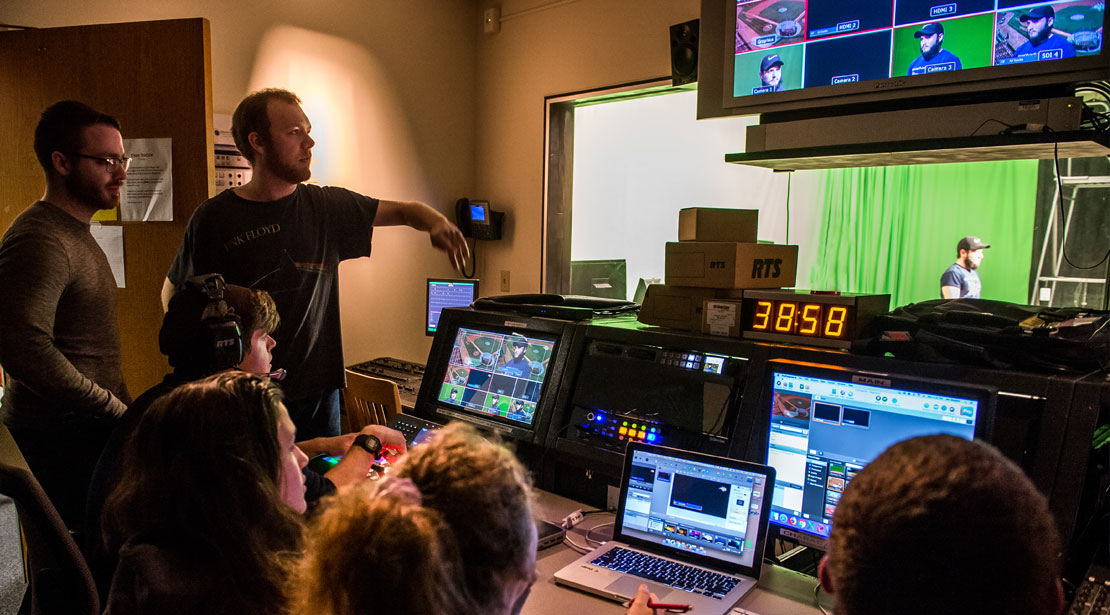 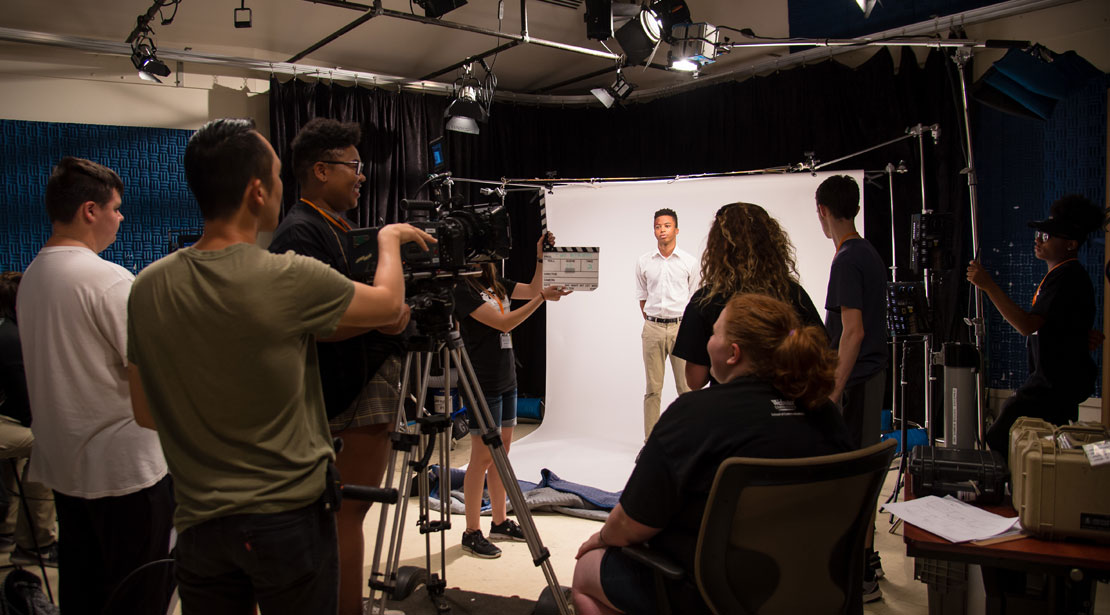 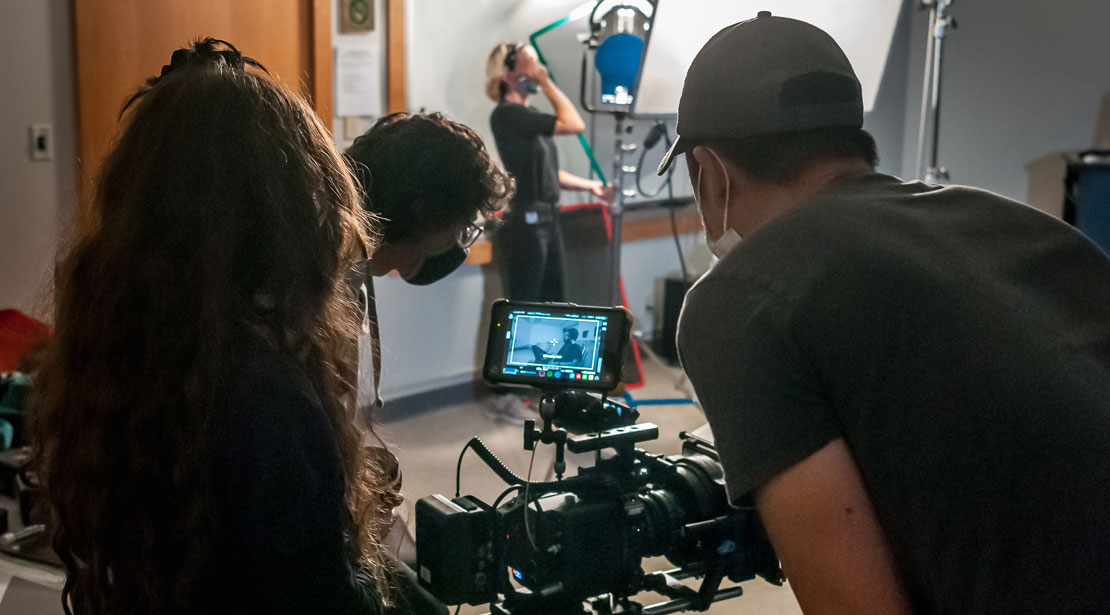 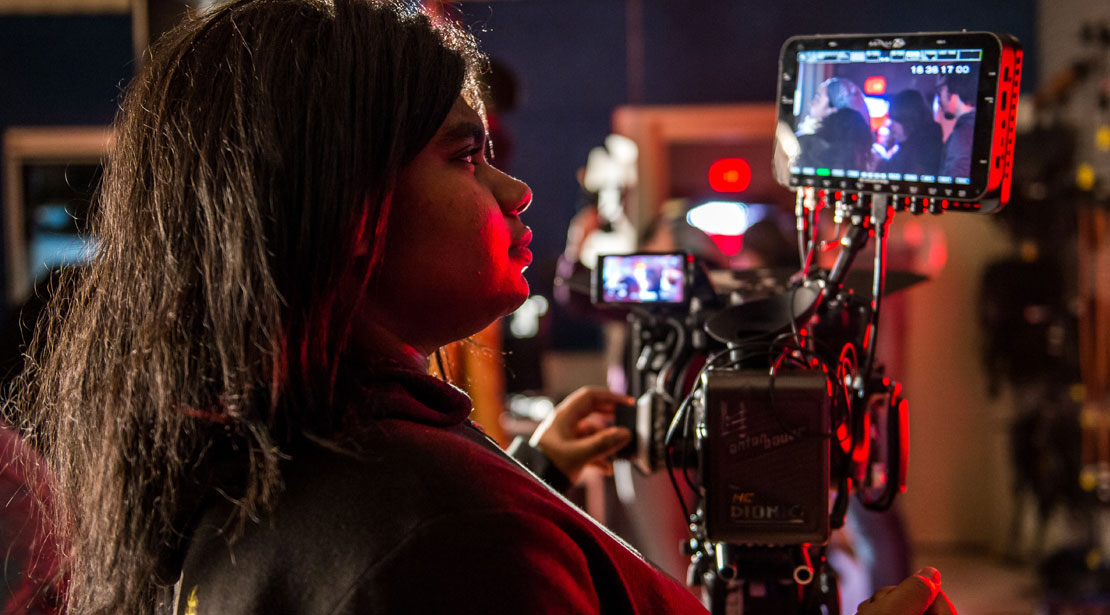 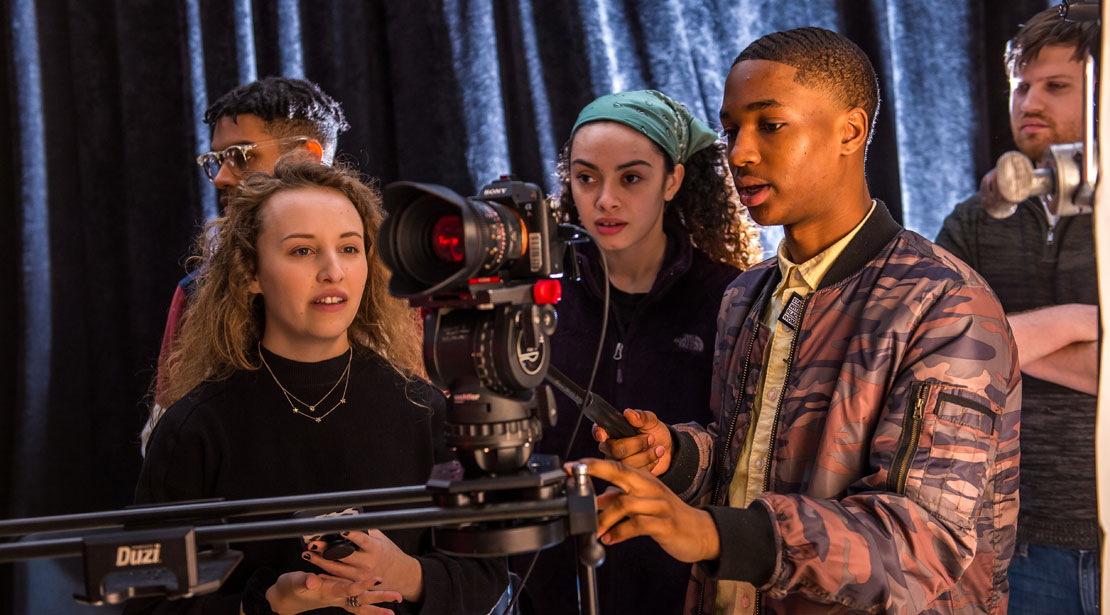 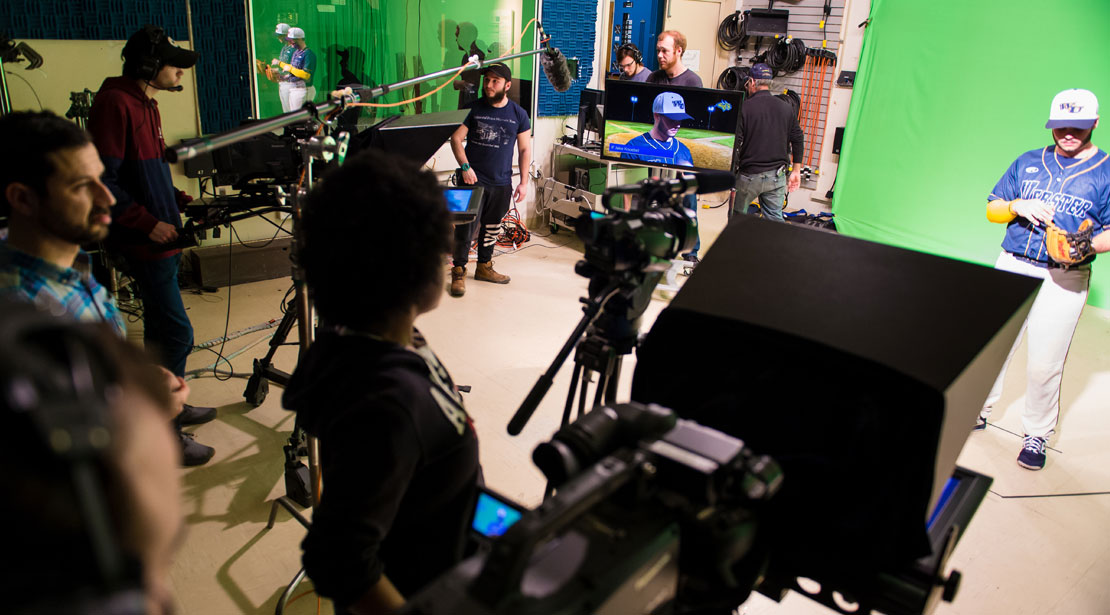 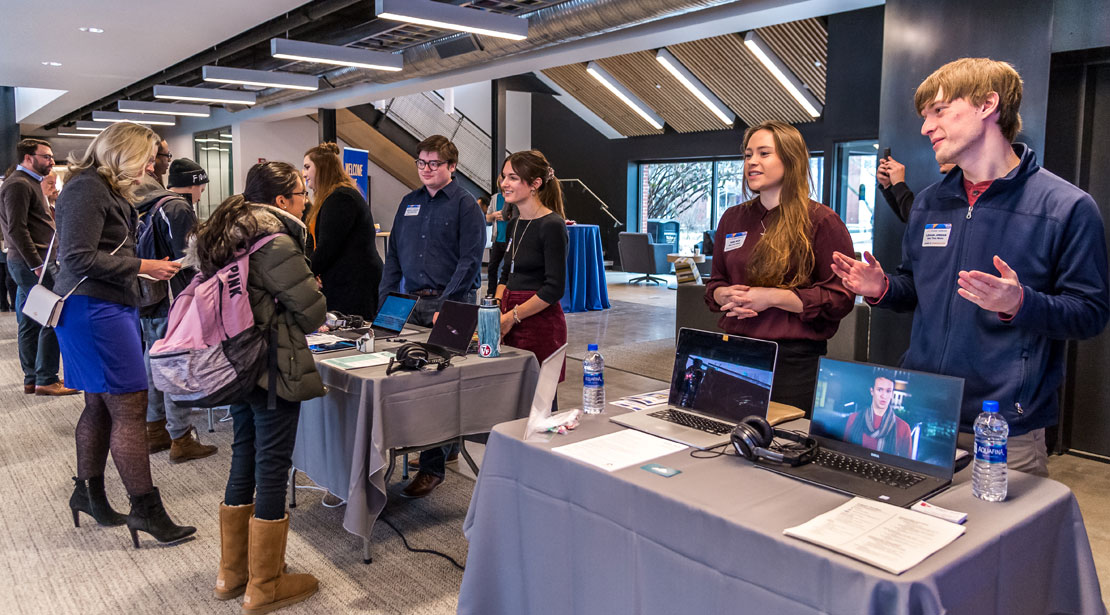 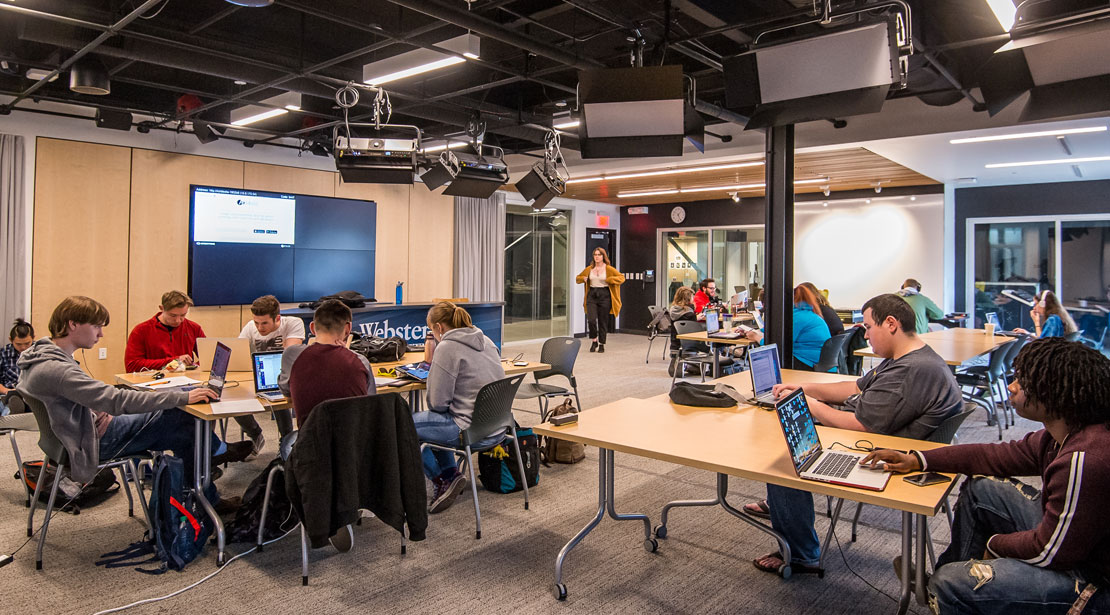 Learn from award-winning filmmakers and video producers who have worked in all facets of production and for networks and studios including Netflix, A24, Adobe, SIGGRAPH, HBO, Sundance, Universal, Microsoft, PBS, and The Discovery Channel share practical, real-world techniques.

16th in the Midwest

Webster University continues to be highly ranked on the U.S. News & World Report’s Best Colleges report, now listed as 16th in Midwest Regional Universities and included in four best-of categories. This year, the University's score rose to its highest level since the ranking system was established.

Our program prepares students in each of these areas, ensuring that they are ready to enter any facet of the industry upon graduation. Whether students want to be a director, cinematographer, editor, visual effects or motion graphics artist, producer, gaffer, grip or any of the many other jobs available, this degree provides the theoretical and practical knowledge needed to succeed. Students will be immersed in real-world production environments at every level, starting from the moment they arrive, using industry-standard equipment and software. Students will learn fiction, nonfiction and experimental approaches; they will then be given the opportunity to specialize as their own path dictates.

Although any combination of these courses can be taken to fulfill the degree requirements, courses can be grouped by areas for students who want to focus on a particular aspect within film, television and video production.

Students will complete courses in media production focusing on the documentary, classes in the history of documentary film and media and courses that support the theoretical foundations of documentary studies in such areas as anthropology and media studies.

“I have received jobs, studied abroad in Europe and have experienced events that I wouldn't have had the chance to otherwise.”

The west wing of Sverdrup will be rebuilt as a state-of-the-art media production and communication education facility, providing our students the most up-to-date and unique technology in the entire region.

Get Started on Your Program

Take the next step toward earning your degree. We are here to help.

Learn more about our academic programs and our main campus and locations.

Connect with our admissions counselors and academic advisors.

Apply to Webster and take the next steps for financial aid and scholarships.

Connect with the School of Communications

A round up of news stories that focus on the projects, programs, events and community of Webster University. This roundup...

For campus news and local stories, plus a graduation salute – the latest episode of the Webster Insider, by Broadcast...